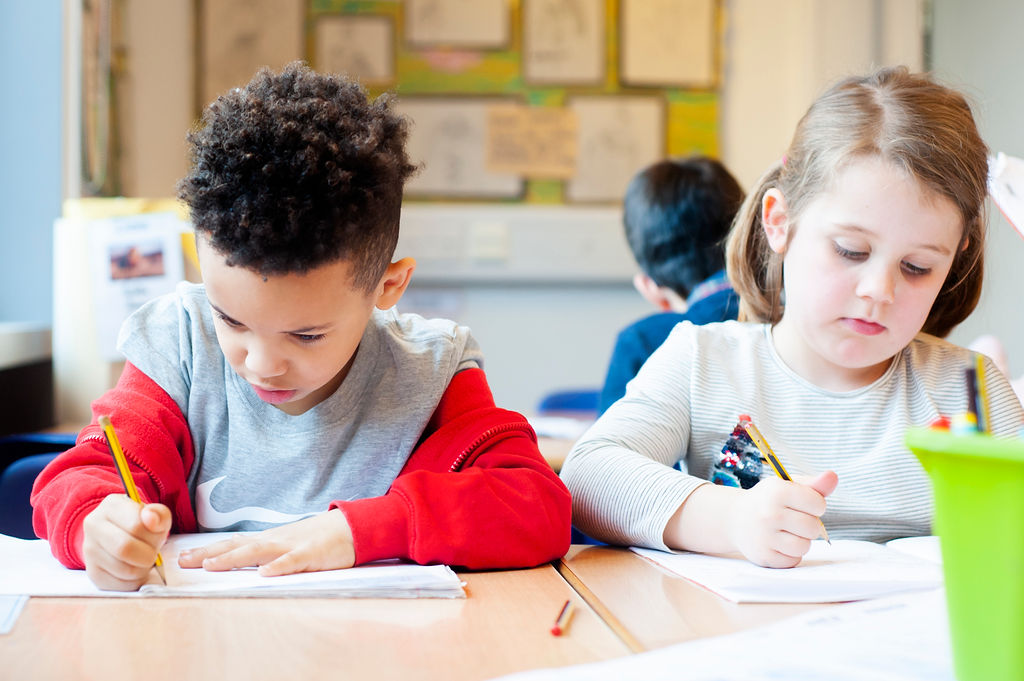 Recently, during a Year Six philosophy session, I asked my class to arrange themselves into a circle – the results left me truly startled.

Chairs and tables were scraped back to the sides of the room safely and efficiently, children negotiated quickly, if a little frantically, about who they would sit next to, and in a matter of moments, the whole group were sat in a clump – roughly circular in shape – ready to begin the session. The problem which caused me such consternation was that the children had voluntarily separated themselves into two distinct groups: boys and girls.

Even safely ensconced in groups of their own gender, the last boy on either side of the now exclusively male semi-circle, was edging carefully away from the girl side of the room so as not to be viewed as being too close – like penguins huddling for warmth on a long march through the tundra. And to be fair, there was also some edging from the female group of students, mirroring the apprehension about being too close to someone of the opposite sex.

I have taught right across the age range from Reception to Year 6, and (save for a couple of notable exceptions) have noticed that the older the class, the greater the gender divide. So I asked the children, ‘why do you think this is?’

“Something happened”, they said (which made it sound like there was some sort of horrific earthquake of awkwardness that struck the school at some point in between infants and juniors). They were skeptical that boys and girls could get along and play together at break. “Not in Year Six”, they said. But I have taught classes that have that genuine balance even at the very end of primary school. Despite the onset of adolescence, despite the comments and sniggers of their peers, it is possible!

To understand why this divide might come about, we have to place an emphasis on friendships between boys and girls, and question our own language about these friendships. Too often I’ve heard platonic friendships described in terms of a romantic relationship rather than as just friends – and this is by family members who delight in the adorableness of young children’s sociability, but perhaps do not see the implicit messages that can be absorbed by children from such an early age.

It is also true that, too often, the responsibility for kindness and caring is placed on girls. You just have to look at the clothing and the symbols which accompany high street fashion to see how the emphasis for kindness is unrelentingly biased. Girls clothing is often littered in the aesthetic of love and care: hearts, rainbows, kittens and puppies adorn jumpers and t-shirts in our school. What does this tell our children about who is responsible for love and kindness in our society? That implicit bias often prompts children to view themselves as ‘different’ to each other. Girls like ‘love’ and ‘clothes’ and by being friends with them, boys might be seen as ‘feminine’ something that can then make them a target for comments and insults from their male peers.

In a recent prize-giving assembly, teachers were asked to nominate children from their classes who had recently shown an outstanding instance of kindness. Teachers did this independently, they did not consult with one another and the results were startling. Of the sixteen classes in our junior school, only one boy was chosen. For me, this raises some fascinating questions:

So how do we address these issues? It’s a difficult and delicate topic to unpick and I accept that I have perhaps played devil’s advocate in one or two of my points here. But there are a few things that stick out in my mind as something to consider:

How do we protect children from the feeling of embarrassment that can come when their friendships with someone of the opposite sex comes under scrutiny from their peers?

From my own perspective, it’s really encouraging to see that, although we have refined the core values of the school, caring for one another remains one of the top priorities and something that will be addressed in our PSHE and philosophy sessions, as well as a whole school focus for next year in the school development plan.

If you have any thoughts on the matter, please feel free to email them into our admin team who can forward them onto me.