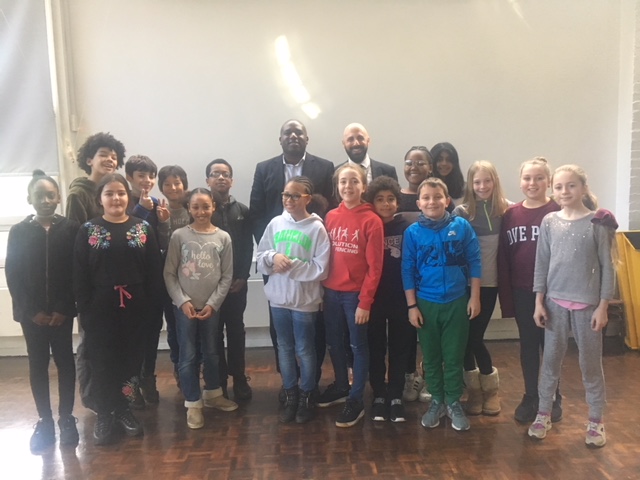 On Friday 5th January we had a very important visitor at Coleridge, the Rt Hon David Lammy, MP for Tottenham. Mr Choueke took Mr Lammy on a tour of the school and there was an assembly for all of our junior children.

The assembly was very inspirational, he talked about growing up without a father, how his family didn’t have a lot of money, but how he was happy and wanted to succeed. David told Coleridge children about how he went to school in Tottenham and about how he practised as a barrister in England and the United States before becoming an MP in 2000. He was the first black Briton to study a Masters in Law at Harvard Law School. David has met lots of important and powerful people; we were very impressed that he’d met Barack Obama!