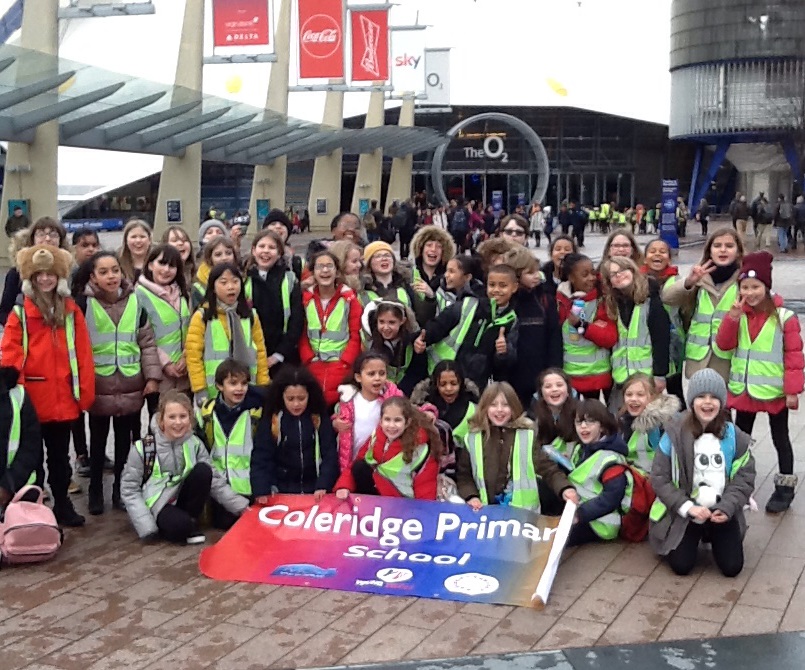 A year after taking part in Young Voices for the very first time, Junior Performance Choir returned to the O2 Arena in Greenwich on Wednesday 31st January to take part in the 2018 concert. Our choir expanded in the summer, so this time 42 children travelled down to do a three hour rehearsal and then perform in the evening together with choirs from hundreds of other schools. The entire ensemble consisted of 7800 children and their teachers.

The children have been working hard since September. They rehearse every Thursday after school and have been practising at home too. They had to learn 14 songs off by heart, some of which were medleys that included several different songs within them. Highlights included the 80s classic Africa, Human, Heroes and The Call. Have a look at the video to see our choir singing and dancing their hearts out together with thousands of other children!