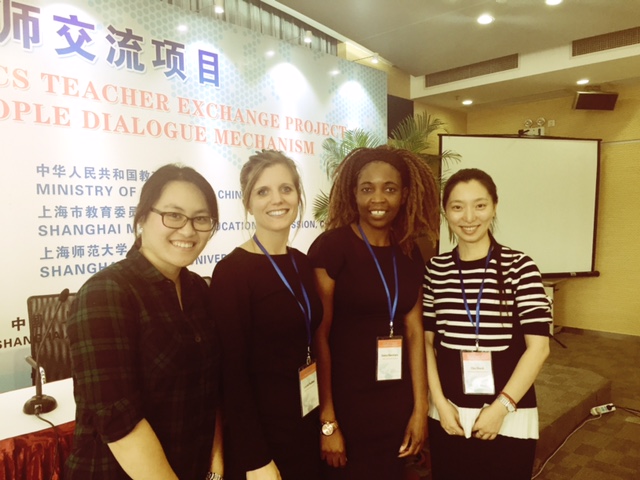 Towards the end of last term, Louise Foulkes, one of our assistant heads, was invited to visit schools in Shanghai in order to see how children learn maths there.

For many years now, children in Shanghai and Singapore have topped the tables in international maths tests and so the UK government has been financing a teacher research project to look at practice in the far east to see what lessons can be learnt. In July 2015, Louise was specially selected to work as part of this government research project and, over the past 18 months, has been trailing aspects of Maths Mastery (the approach used in the far east) in classes here at Coleridge. She has also written articles on the subject, led training in other schools and has appeared as a panellist at a ‘Teach for Mastery’ conference.

At the end of November, Louise visited Shanghai to see the principles of Mastery being taught first hand. During her two weeks in the city, she, along with other members of the research group, observed lessons, joined planning sessions, and participated in team teaching activities with Chinese teachers. Louise also had the opportunity to put questions to educationalists and politicians.

Louise and her colleagues concluded that, despite some insurmountable differences between the Shanghainese and UK education systems, the trip was still extremely informative and useful. The two weeks spent in China contributed significantly to the research group’s understanding of what constitutes best practice in maths education. Louise and her colleagues will continue to trial their findings in their own schools in the UK, before working to publish national guidance materials on Maths Mastery in the coming months.

If you would like to learn more about Maths Mastery and Louise’s work in the school, then please look out for the maths curriculum evening coming later in the year.