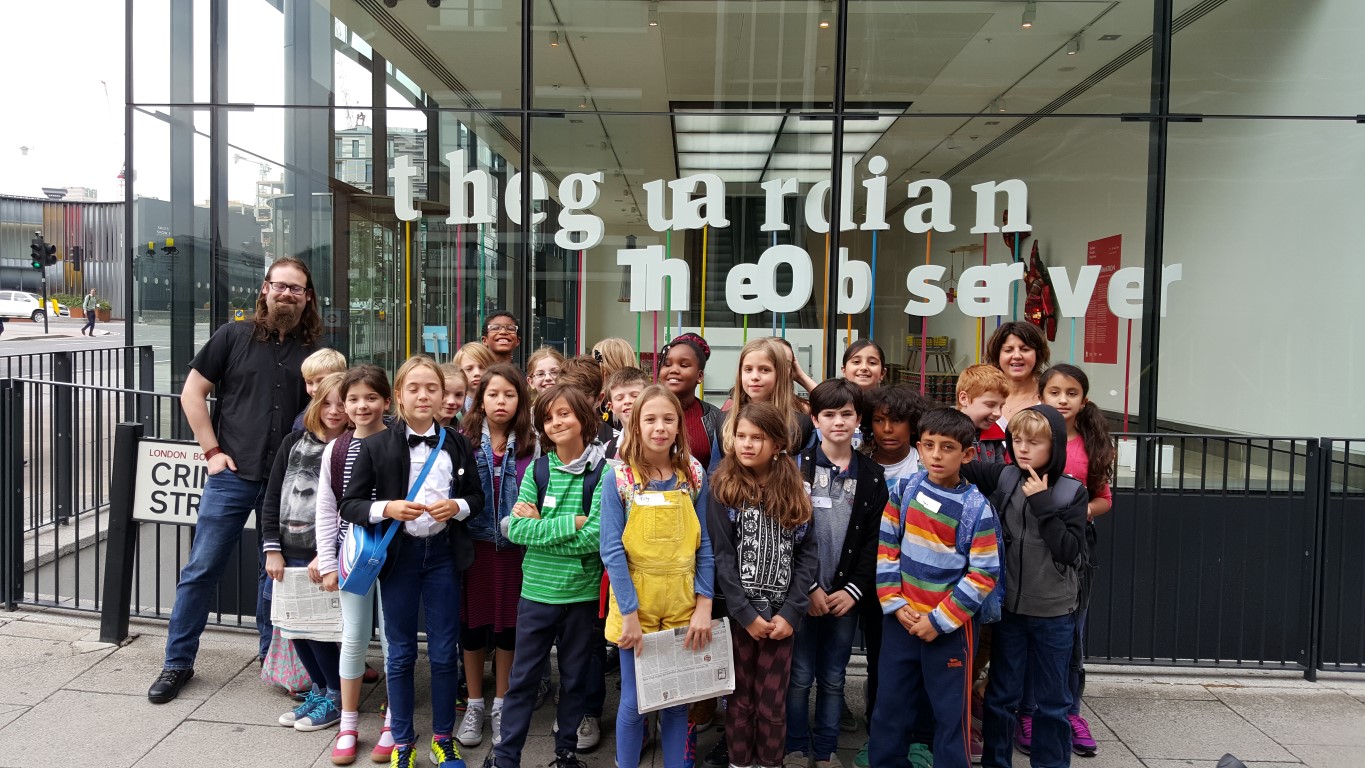 The new members of Newspaper Club, a group of Year 5 and 6 children who produce our termly newspaper The Coleridge, were very excited to visit the headquarters of The Guardian on Monday 19th September. Repeating the sterling working of our previous cohort, the children took part in an educational workshop which involved researching, writing, editing and formatting their very own newspaper front page. The group watched news stories as they broke on the press wires; they then researched and wrote stories before having lunch in the staff canteen. After lunch, they took on the role of sub-editors, who fact check articles and look for mistakes. They were lucky enough to meet Billy, a sub-editor at The Guardian, who helped them to come up with fantastic headlines for their stories. After adding pictures and completing their pages they were ready to print!

Just as journalists do, the children had to work hard and keep to deadlines, even updating stories late in the day as more details emerged. The children are now working hard to produce our new edition of the newspaper which will be online and in classrooms in November.

You can read more about the trip in the upcoming Autumn edition of The Coleridge.