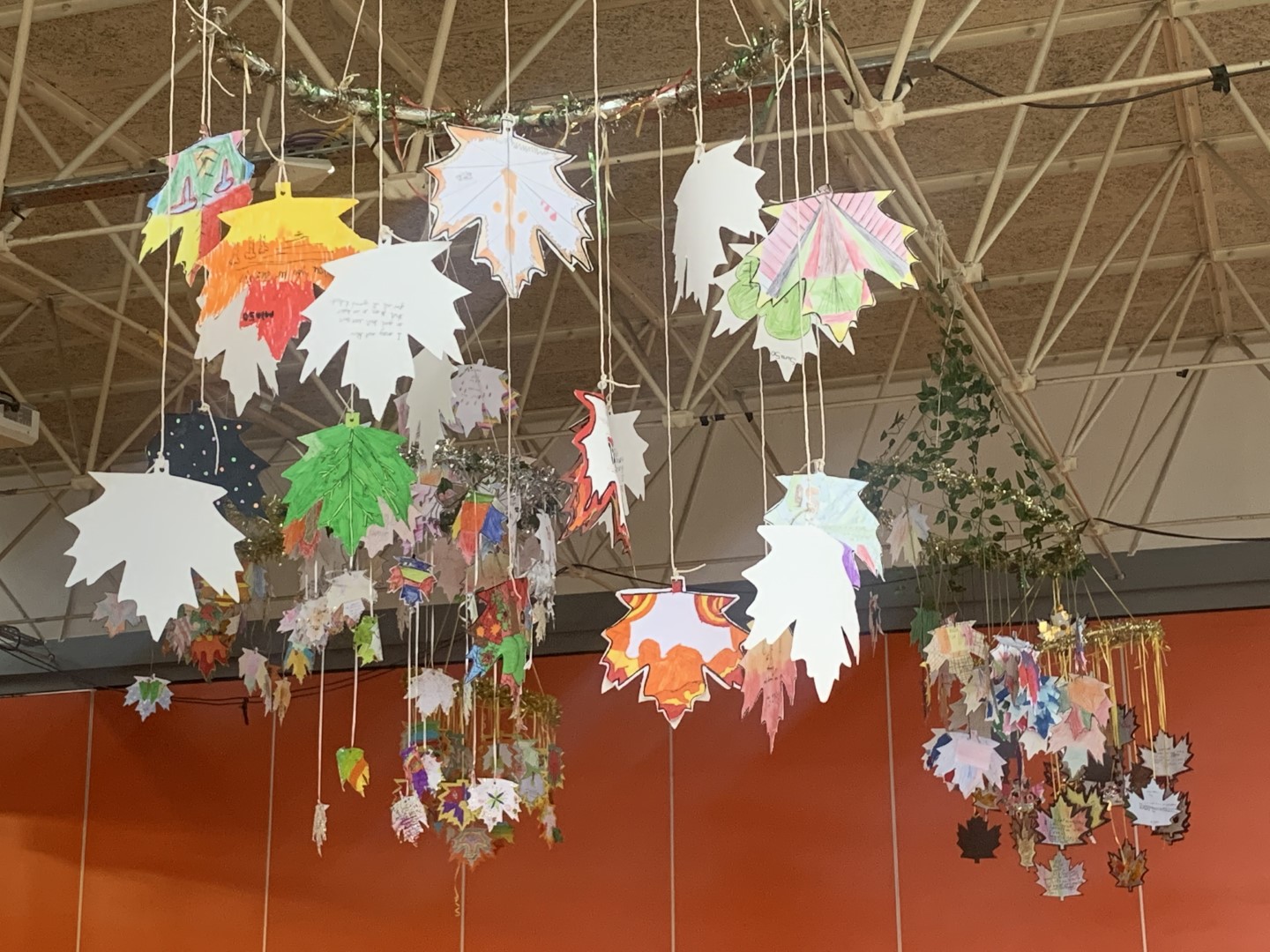 Up until half term, there was a magnificent maple tree in the West playground. Unfortunately, the tree had to be cut down as it had a disease that meant it had become sick. Many children, staff, parents and carers were saying how much they missed the tree in the playground. It had stood in the playground for a long time and because it was deciduous, its leaves were becoming a rainbow of beautiful colours.

In order to help us appreciate and remember the tree, the children have been learning about trees and how important they are for oxygen, wildlife and flood prevention. They have each decorated a leaf to hang from hoops in the West hall. Many of the children also wrote a message to the tree to tell it how much they missed it. They have brought a bit of festive cheer to the hall and have helped us to commemorate an important and beautiful feature of our school.