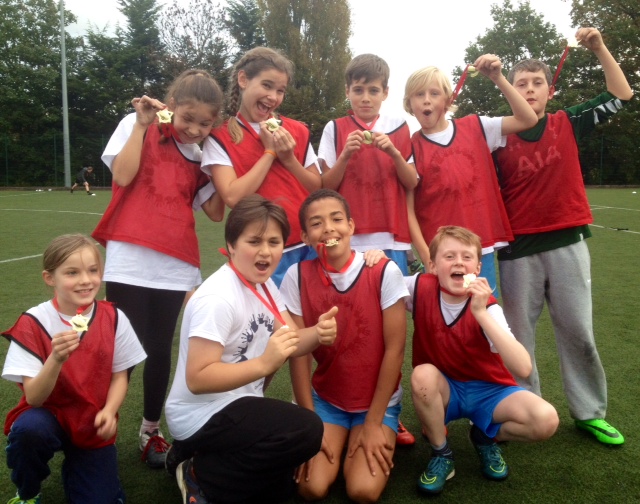 The first week of the half term saw three tag rugby teams, drawn from across the Juniors, competing in the Highgate Wood Tag Rugby Tournament against Year 6 teams from Weston Park, Campsbourne and Rokesly. All teams are to be commended, achieving 1st, 3rd and 6th places.

A week later a team was in action in the Haringey Tag Rugby Finals. Despite some commendable play, they remained in the group stages.

Table Tennis was also a focus sport at the beginning of the half term. Entering strong teams in both the boys and the girls Haringey Tournaments, both achieved memorable second places, beating eight and five other schools respectively.

Dance then took centre stage with the Monday Lunchtime Dance Club entering the Haringey’s Got Primary Dance Talent competition at Hornsey Girls, receiving the award for the ‘Most Energy’.

A team from Years 4 and 5 competed against the Year 6 of other local primary schools in the Highgate Wood Primary Schools Sportshall Athletics, where a squad of ten have to cover both track and field events. Excelling in the latter, the Girls’ team gained silver medals and the boys a bronze.

Twelve Year 4 children went up to Highgate Wood School for an afternoon of basketball skill training and mini matches in mixed teams with other local primary schools.

Next term will see competitions in gymnastics, cross country, athletics and football where we hope for more success. Two more Year 3 classes will start their swimming lessons, and Year 5 continue to receive squash training at the Coolhurst Club. We will also welcome Chris Grieve, who will be working in many sporting areas following Jason Bichri’s departure from Coleridge in December.