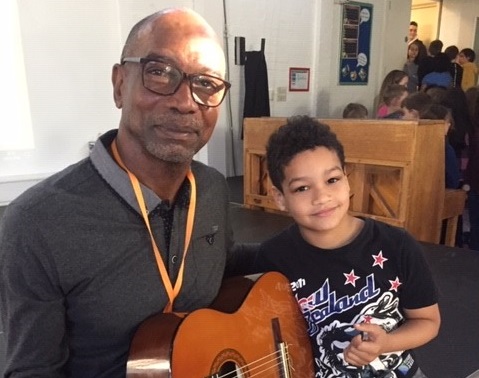 We have had the pleasure of having one of our grandparents, Michael, to talk in assembly about the story of his journey from the Caribbean. His parents were part of the migration of workers from the Caribbean in the 1950s; his father came to Britain first then his mother a few months later, leaving their children to be brought up by their grandparents. In the early 1960s Michael and his brothers came over to join their parents in Tufnell Park and to start a new life in Britain.

Michael came to share his story with our Junior children and answer any questions they had. He also sang the Harry Belafonte song “Island In The Sun” accompanied by his guitar and his grandson, Jasiah.