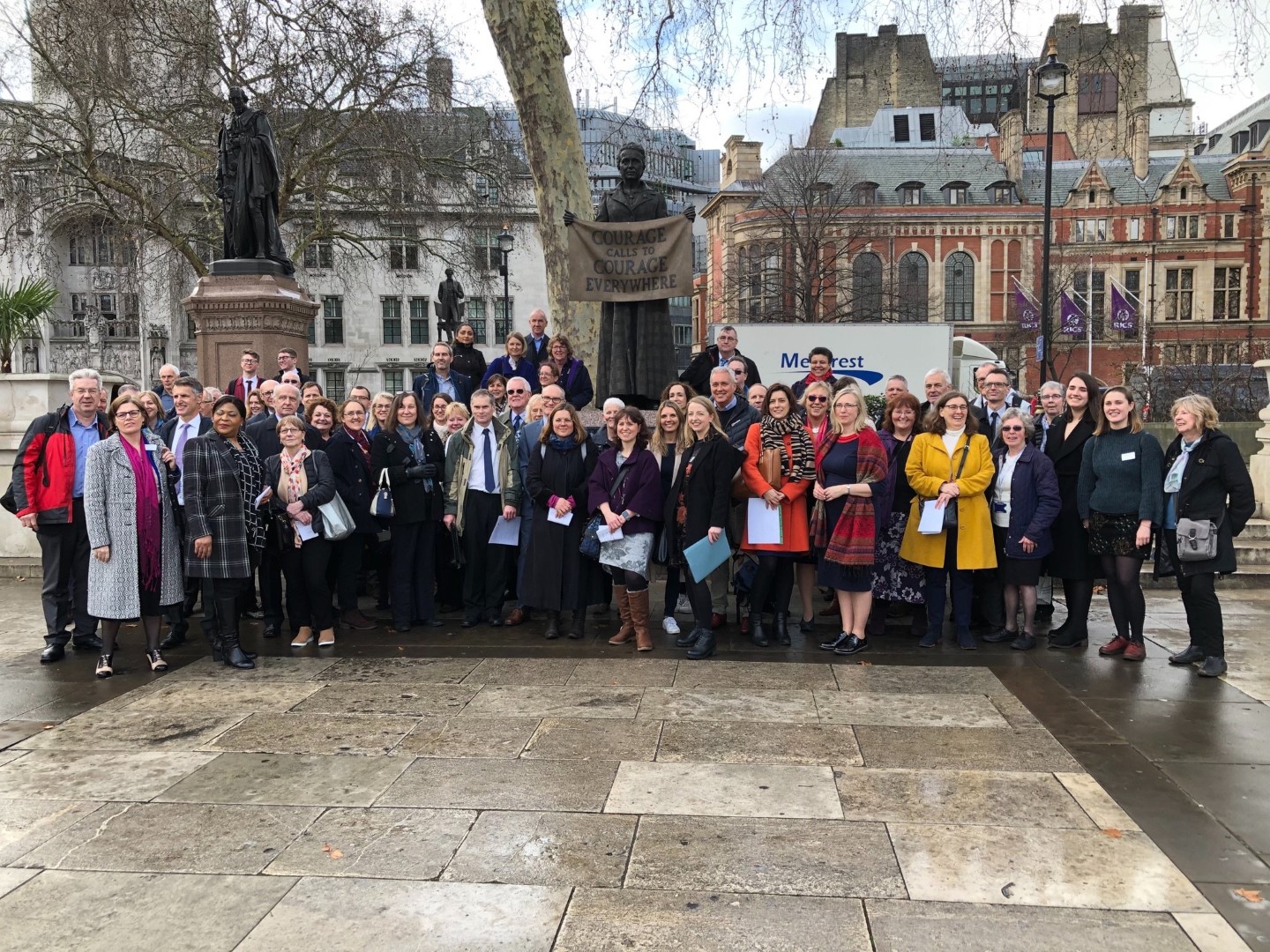 Today a group of 130 school governors from across the country met in Parliament to raise the issue of school funding and ask that schools be given more money. The event was organised by the National Governance Association.

I was excited to join the group today and we heard from excellent speakers including two members of the House of Lords, Lord Storey CBE and Lord Watson. The speakers felt that children’s education should be a top priority and were also interested to hear stories from governors about how their schools manage with money they get from the Government. I was feeling very brave and spoke about how wonderful our school is and how important it was for us to have enough money to keep our school that way.

It was great to meet other governors too and to hear what is happening in their schools. We had our meeting in Committee Room 14 in the House of Commons which was very grand and beautiful. It was a real privilege to be in Parliament. While we know the Government is focused on Brexit at the moment, we wanted to make sure that school funding stays in the spotlight!

More than 100,000 people have signed a petition asking the Government to increase the money they give to schools. As so many people signed the petition, the issue will be debated in Parliament this Monday (4th March) at 4.30pm. We hope lots of MPs are there to join the discussion. They will get to hear about some of the issues discussed today, and that information will also be given to the Government when they decide how to spend their money in the Spending Review later in the year.

We are very lucky to have our MP Catherine West visit the school this Friday. She will be chatting to me and Mr Choueke about school funding. She also plans to attend the debate in Parliament on Monday.