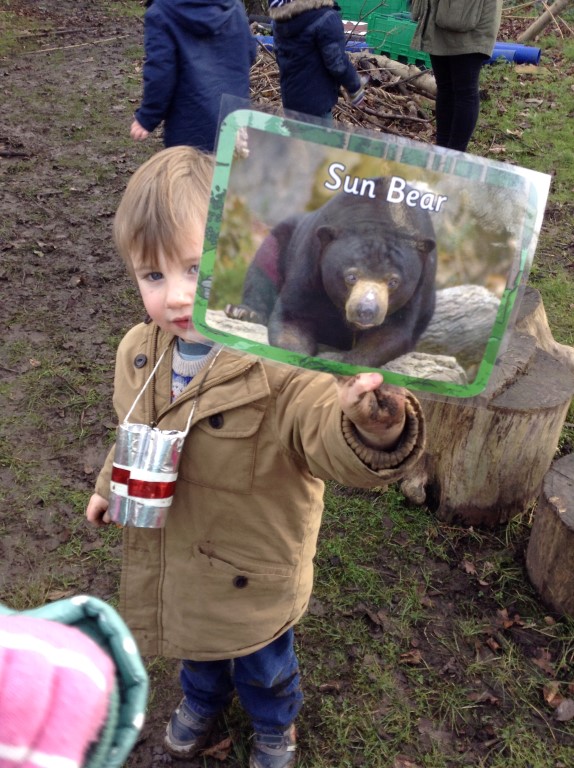 Posted at 11:53h in Reception by David Ashworth
1 Like

We have really been enjoying our ‘Bears’ topic in Nursery, especially learning about Michael Rosen’s book We’re Going on Bear Hunt.

We received a letter from the Big Brown Bear in the story and he explained that he had never intended to scare anybody, he just wanted to play! He told us that he and his furry bear friends had gone to play ‘Hide and Seek’ over on West, so we went on our very own ‘bear hunt’ over to the Forest School to explore and investigate. We took our binoculars to help us! We found so many bears!

Later on we found our Nursery teddy bears hiding in outside in our playground, and in the outdoor classroom (we had been wondering where they had got to!).