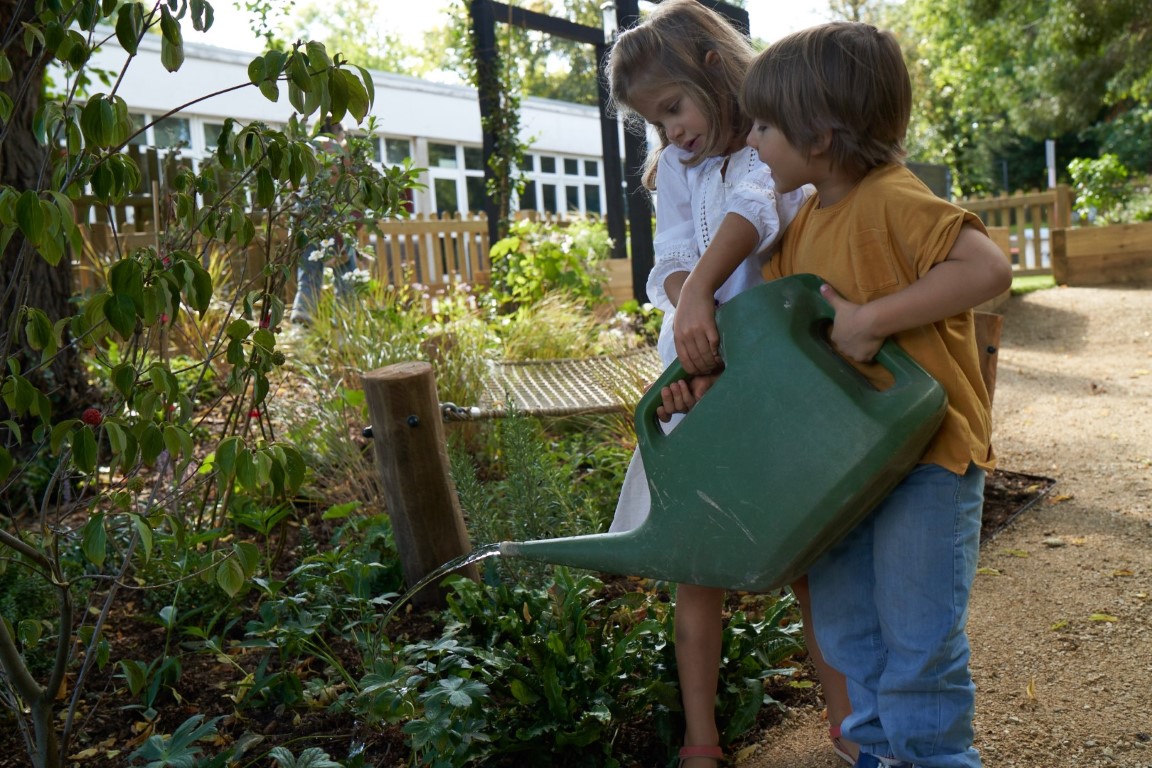 2020 has been a strange time for everyone, in particular our Year 6 leavers, who had their final year at Coleridge cut short. All of the usual milestones and celebrations that mark the end of their time at primary school were either cancelled or moved online and they spent much less time with their friends than they were expecting before moving away to different secondary schools. As their teachers, we wanted to do something special to remember their year group and allow them to leave a lasting legacy to the school. The name, The Leaver’s Garden, reflects the idea that you never truly leave Coleridge – something we often say in our end of year letters and speeches at the Leavers’ assembly. However, in these times, with this year group, we felt we had a duty to make this truer than ever.

When they were finally allowed to return to school in groups of just 15, the children planned and designed what they would like to have in the garden, as well as what they wanted it to look like. They dug out weeds, old roots (and numerous tennis balls) and painted decorative stones that would be added to the finished garden. Emma Appleby, a parent and garden designer, then gave up weeks of her time and offered her services for free, to create a beautiful design that incorporated the children’s ideas, as well as providing various plans and documents that meant it was possible for staff to carry out all of the work themselves – we’d have been clueless without her!!

Once the plans had been drawn up and the area had been cleared, lots of dedicated members of staff gave up their summer holidays to make sure the garden was completed in time for the start of the new school year. At the end of the summer, when everything had been built, it was then the children’s turn to get involved again, this time with their parents, and they all did a fantastic job painting, turning over the soil and planting. Together, staff, parents and children have created a truly magical area of the playground that will be used in many ways throughout the school day.

It will be a quiet, relaxing space for children to read and chat with friends at playtimes; an outdoor learning space, for both infants and juniors, where children can listen to stories, observe the plants and wildlife or spend time drawing; an incredible sensory space with different smells, textures and things to explore, where adults can bring children to unwind and find calm when they need it. It’s uses are endless!

Thank you so much to everyone who helped in some way with the project, whether it was funding, digging up brambles and weeds, building raised beds or planting. It is incredible to think that in just 15 weeks it has been transformed from an overgrown and unloved part of the Year 6 playground (that no one really realised was there), into an idyllic garden that one child described as “a paradise”!!