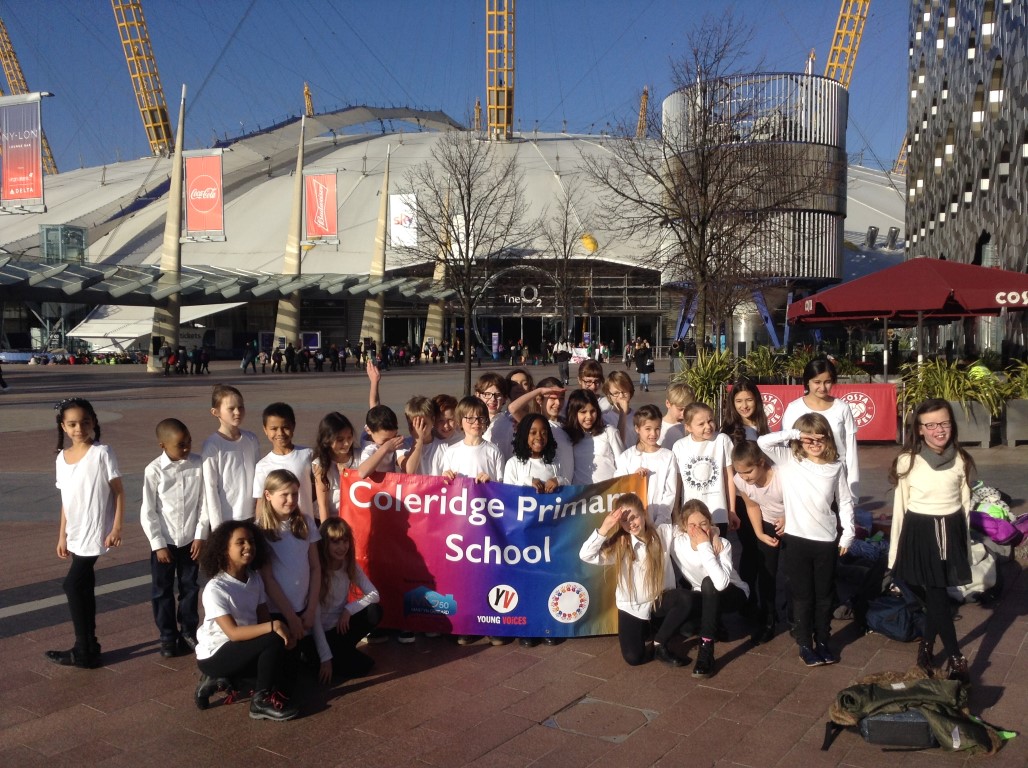 On Wednesday 18th January Coleridge’s Junior Performance Choir joined together with other school groups from all over London and the South East to perform in one of the Young Voices concerts at the O2 Arena in Greenwich. Our 30 talented singers made their contribution to a huge choir that totalled 7,495 children in all!

The choir had been rehearsing hard for several months to learn all the songs and medleys (and dance moves) off by heart for the concert – no lyric sheets were allowed, so they had to be word perfect for the night itself.

As well as the choir there were solo singers, beatboxers and a street dance group, who entertained the children and their audience of friends and family alike.

It was a long day that included a two and a half hour rehearsal in the afternoon, but it was an unforgettable experience for all the children and grown-ups that were there and one that we definitely hope to repeat in the future. The choir will be performing some of the songs they have learnt in both infant and junior assemblies in the next few weeks.